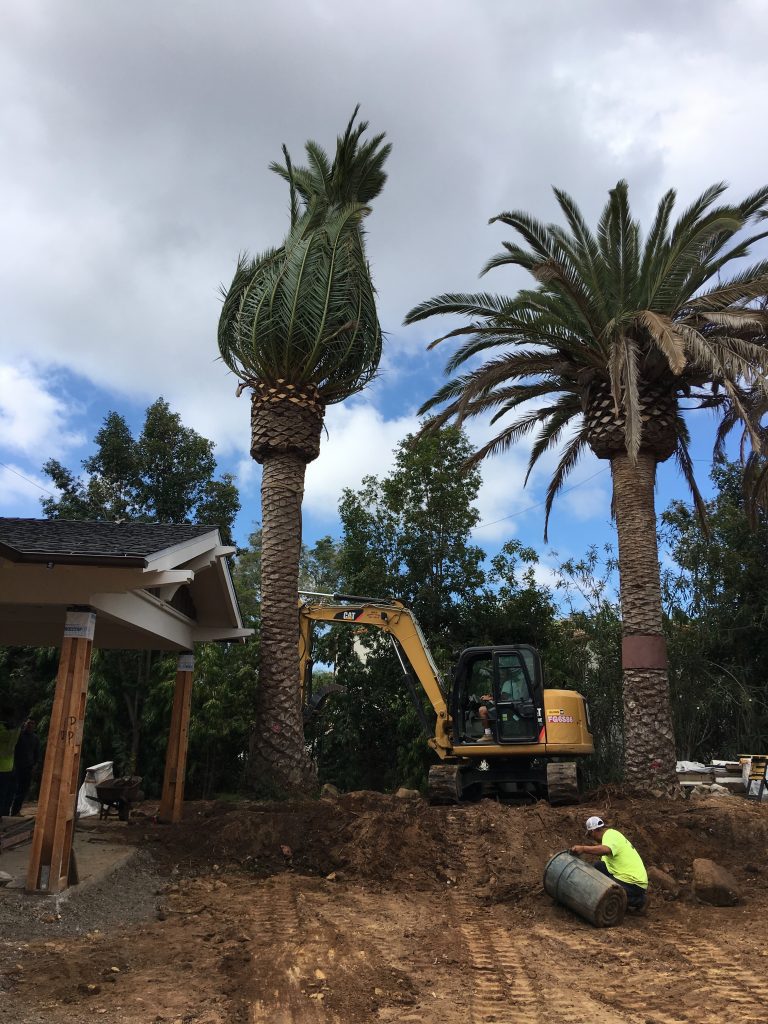 This happens to be the only tree we didn’t previously move.  Originally, we had it 10 feet from the back of the house.  However, as part of the planning process, we moved the house back 10 feet to reduce the perception of size from the street.  But, we somehow forgot that the tree would be so close to the house.  The back porch roof is the last thing we framed on the house, and then it became apparent that it was too close.  But we found a nice spot for it on the other side of our fireplace, so now we have that nicely framed with a tree on either side.

When we dug this tree out, we found that it had grown right over a large pile of rocks. 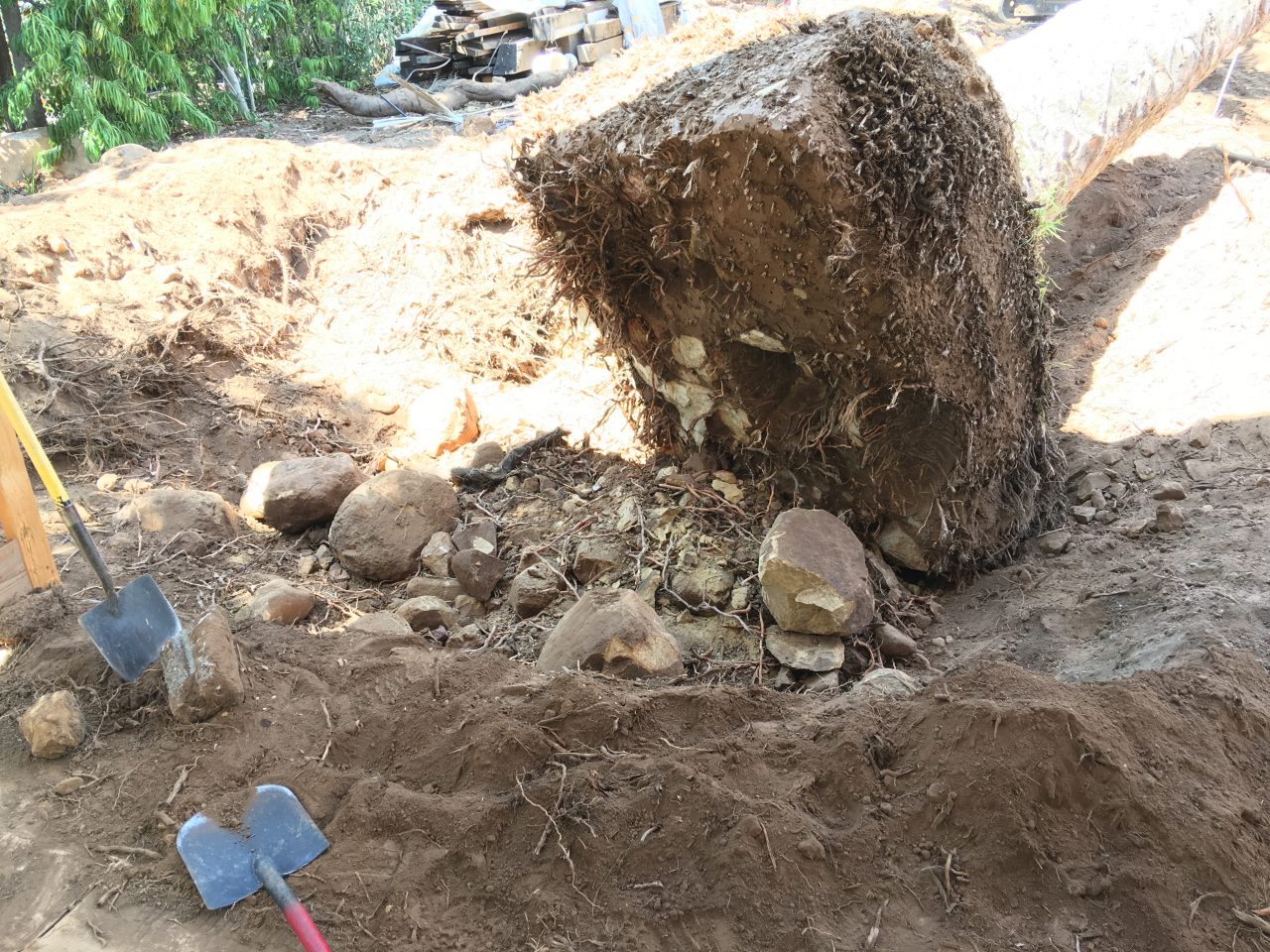 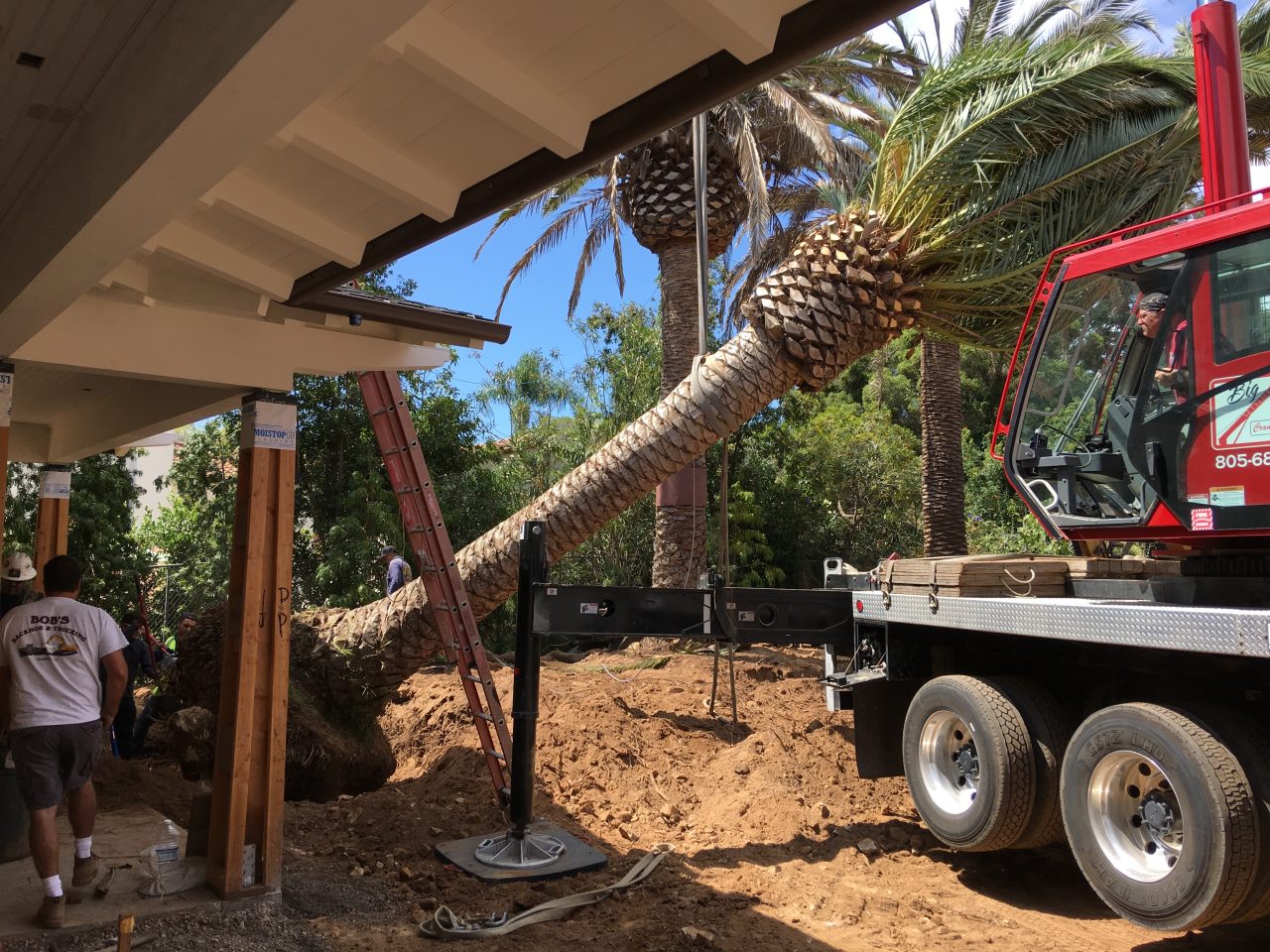 As far as moves go, this one was pretty easy, as the crane was able to pick it up and drop it in the new hole without having to move, unlike the other 5 trees we moved. 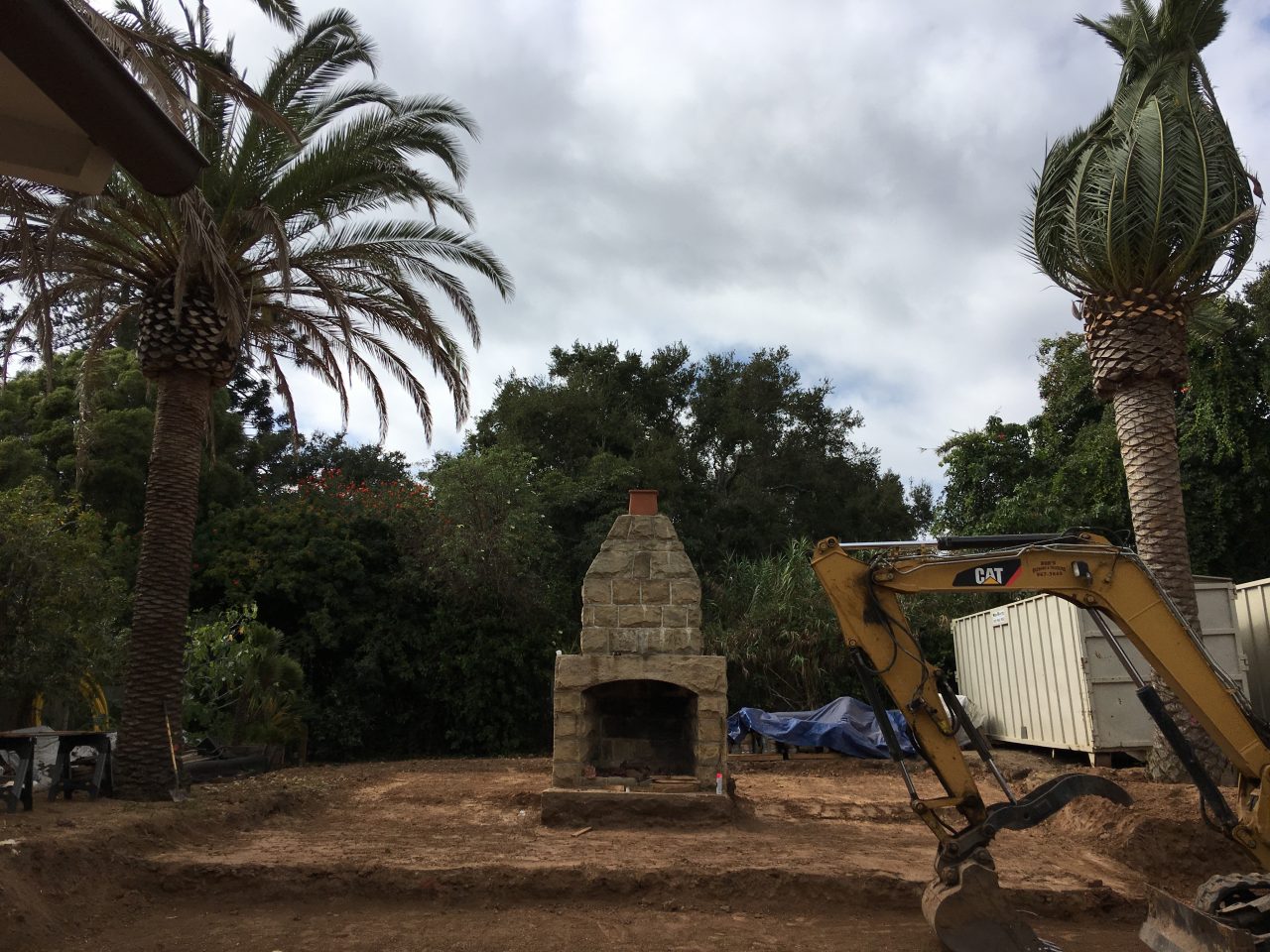